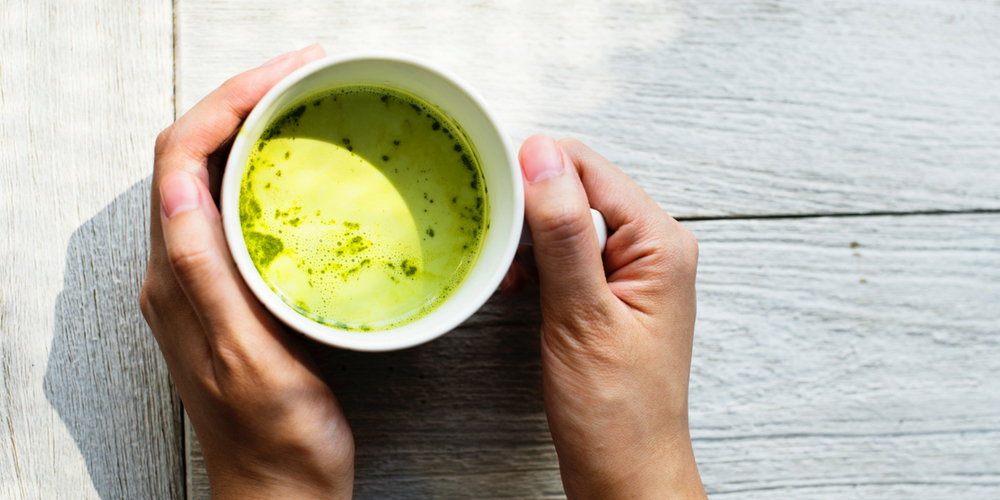 Caffeine is everywhere! It’s the most commonly consumed stimulant worldwide. It’s in our coffee, in our chocolate, in our tea.

But are there really health benefits of caffeine? Do they outweigh the risks?

On one hand, caffeine gives people a boost of energy and even improves your cognitive function — among other benefits.

On the other hand, caffeine can lead to anxiety, headaches, and insomnia. And that’s just the beginning.

Weigh all the health benefits and side effects listed below to decide how you approach caffeine.

There is a good way and a bad way to slip caffeine into your diet.

If you’re an adult, you have several options — such as a few cups of coffee on the daily.

It may be cute to watch a kid enjoy a cup of joe. However, the FDA has questioned the safety of children and adolescents consuming caffeine.

Avoid energy drinks and all sugary caffeinated beverages, like soft drinks or frappucinos. If we’re trying to reap the benefits of caffeine, let’s not incur the health problems of excess sugar intake.

The most common source of caffeine is coffee. Two-thirds of Americans have to have their morning brew.

Did you know there are health benefits of coffee? Most stem from its caffeine content.

Coffee drinkers will find the caffeine reaction time in their bodies is minutes. The caffeine in coffee almost immediately blocks the “sleepy signals” in your brain so you can get on with your day.

Coffee is made from coffee beans, which are native to the African continent. There is evidence that African peoples began drinking coffee as a stimulant 600 years ago. Though they didn’t understand the mechanics of caffeine, they understood that it gave them a boost of energy.

Contrary to popular belief, decaf coffee drinking comes with some caffeine. One cup of decaffeinated coffee contains about 3 mg of caffeine.

Tea is the most popular beverage in the world after water. But where water is obviously uncaffeinated, tea contains a good amount of caffeine.

It’s common to drink tea hot or cold. However, about 80 percent of all tea consumed is iced. Ice can dilute the tea and reduce caffeine content.

Black tea (what you’ll find at restaurants in North America) is the most common tea in the world. Green tea is next most common, followed by oolong tea.

There are 20 mg of caffeine in a glass of iced tea. In a cup of tea brewed from leaves or a tea bag, the caffeine content is higher at 32 milligrams.

The third most common source of caffeine is chocolate. Cacao and dark chocolate both contain a good amount of caffeine.

Both cacao and dark chocolate are rich in antioxidants and essential minerals, but there are also some differences.

Cacao is the seed from which cocoa and chocolate are made. It’s sometimes called raw chocolate. It’s quite bitter. Cacao contains many enzymes that help with digestion. These enzymes are removed in the heating process that makes dark chocolate.

Dark chocolate takes cacao and adds milk and sugar. It’s slightly bitter, but the milk and sugar improve the taste considerably. But that sugar content may cancel out some of the benefits of caffeine.

ConsumerLab found that most major brands of dark chocolate have 40-50 milligrams of caffeine per serving, and cocoa powders provided anywhere from 8-20 milligrams.

The cacao bean, or raw chocolate, actually contains a similar compound to caffeine called theobromine. It is also a stimulant that works similarly to caffeine.

Caffeine can be found in other snacks. All sorts of goodies are specifically infused with caffeine, like energy bars, apple slices, and gummies.

A natural snack chock full of caffeine are dark chocolate covered espresso beans. As with all products, look out for the sugar content. Despite the benefits of caffeine, excess sugar can cause a whole host of health problems. 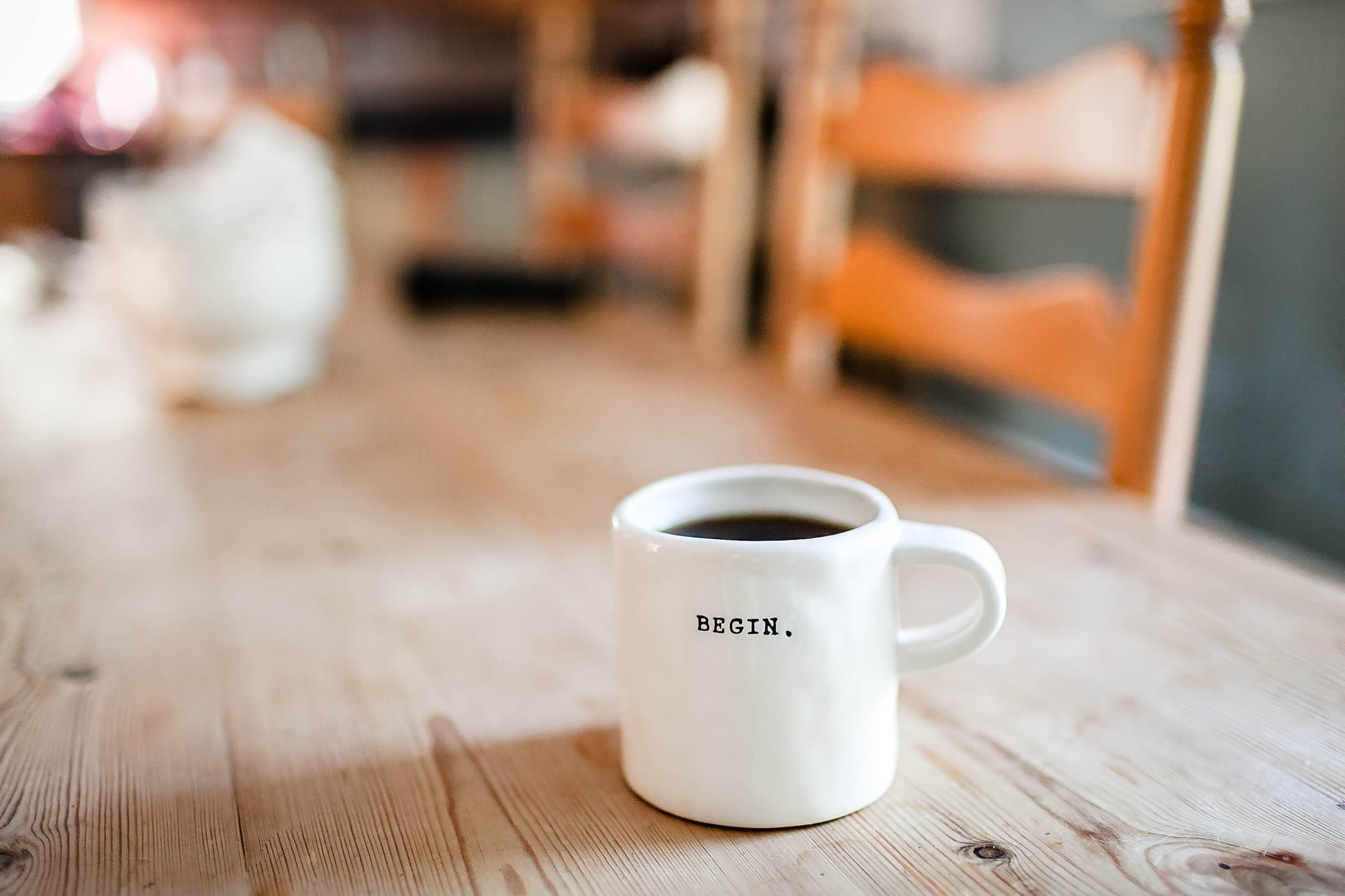 Whether from tea, coffee, or chocolate, caffeine has several positive effects on our body. Caffeine affects your central nervous system in unique ways.

Now, there’s evidence — as with most dietary supplements — that caffeine can help lower your risk of cancer: skin cancer, liver cancer, and even breast cancer. But the research is still evolving to show exactly how caffeine alters your cancer risk.

We’ll focus on the more scientifically established benefits of caffeine.

The most obvious and widely known advantage to consuming caffeine is the energy boost.

Science alert: Caffeine is an antagonist to the adenosine receptors in your brain. When caffeine blocks these receptors, you feel more awake.

Caffeine is a stimulant. This means caffeine raises the activity in your body. Many people use it to facilitate waking up in the morning — often in the form of coffee drinking. This is accompanied by a sense of alertness.

It’s one of those foregone conclusions that caffeine will give you more energy. Even studies this year continue to show the mechanisms of caffeine, with more precision and accuracy than ever.

Whether you need a boost before work, or the family is getting up early to go to the airport, or you want to start working out before sunrise, caffeine is a great way to increase energy levels.

Caffeine (without the sugar) can prove a great exercise aid. Consuming pre-workout caffeine can lead to higher endurance and less perceived pain.

It increases your adrenaline levels, which prepares your body for physical exertion, such as exercise.

The European Food Safety Agency (EFSA) even recognizes that caffeine may be able to enhance endurance capacity, endurance performance, and reduction in perceived exertion. This is all supported by science.

“Do not talk to me before I have my coffee.” This sentiment is found on many a workplace mug. Millions of people across the world report a bad mood before their first cup of coffee.

Actually, there is science to back that up. The caffeine coffee drinkers take in can bring about a healthy outlook. Caffeine enhances dopamine signaling, which further improves mood, especially on those rough Monday mornings.

Not only are you more alert after caffeine intake, your mood and alertness all improve.

Also, people are less likely to be depressed or commit suicide when consuming daily caffeine. So when someone says something rude at work, just assume they haven’t had their caffeine intake for that day.

Strokes account for 1 out of every 20 deaths in America. A stroke occurs when not enough blood can make it to your brain. Fortunately, there’s evidence that caffeine can reduce your risk of stroke.

Daily caffeine consumption seems to put Swedish women at a 22-25 percent lower risk of stroke. Three to four cups of coffee a day had the greatest effect overall.

A 2013 study examined over 82,000 Japanese adults. After green tea and/or coffee consumption, their risk of stroke was significantly lower.

Because strokes are related to issues with blood flow, caffeine’s positive effect on heart health is most likely the cause of this lower risk of stroke.

More than a third of the world’s population is obese. If you’re looking for a weight loss aid, caffeine might be your answer.

Caffeine breaks down the excess fat cells in your body through a process called thermogenesis.

Caffeine even jump-starts your metabolism. Your metabolic rate can increase by up to 10 percent. This means your body processes foods more efficiently.

What’s more, caffeine has been shown to fight fatty liver disease. Caffeine’s effects are hard to count, not to mention supported by science.

About 10 percent of the population has trouble with kidney stones at least once in his or her life. The reason isn’t entirely clear, but caffeine seems to have an inverse relation to kidney stones.

Those who consumed caffeine on a daily basis had a lower risk of forming kidney stones.

One research review notes that caffeine increases urinary output. Intuitively, this should slightly increase the chance of kidney stones. However, the majority of relevant studies show just the opposite.

It may seem absurd, but studies have shown a link between caffeine and preventing neurodegenerative diseases, like Alzheimer’s and Parkinson’s. Since we don’t know of a cure, it’s critical we understand how to prevent these diseases that affect essential cognitive function.

Caffeine seems to reduce the risk of Alzheimer’s disease and dementia in general.

Research shows coffee is connected to preventing Parkinson’s disease. The caffeine in coffee was the most likely candidate in what was protecting the brain from Parkinson’s.

Another study supports this claim, showing that decaf coffee has no effect on the risk of Parkinson’s.

On top of the energy boost you get from caffeine, the stimulating nature of caffeine makes you more laser-focused on your surroundings.

Have you ever heard the saying, “Drowsy driving is impaired driving”? You’re three times more likely to be in a car crash if you’re fatigued. That means coffee drinkers are less likely to have a car accident!

Caffeine can increase alertness and consuming it in coffee or tea can prevent all sorts of automobile collisions.

Also, caffeine may help boost memory. That means you can focus on what a professor or your boss is saying in a presentation and retain more of it — if you had your daily dose of caffeine.

Coffee has long been on the list of drinks to avoid if you’re at risk for gout flare-ups.

However, studies in the last decade or so have found that both women and men who consume more caffeine via coffee actually have a lower risk of gout.

Many people have experienced the jitters when consuming caffeine. This has to do with caffeine’s effects on your energy. Irregular heart rhythms and muscle tremors are related side effects.

Another side effect of caffeine’s energy-boosting is insomnia. Consuming caffeine up to six hours before bedtime can reduce your sleep time and increase sleep disturbance.

If you’re pregnant or breastfeeding, avoid caffeine. (A friendly reminder: Decaf coffee and chocolate both have some caffeine in them.)

In women with menopause, they are more likely to experience hot flashes and night sweats after consuming caffeine.

Caffeine can lead to headaches in a good portion of people — especially women under 40.

It’s true that caffeine can raise your blood pressure slightly. However, heartburn is a more concerning possibility. Caffeine makes your stomach release more acid, leading to heartburn or an upset stomach.

There are several longer-term health risks of caffeine.

In Korean adolescents, caffeine was linked to slightly higher weight, slightly lower academics, and a higher rate of depression. The depression may have been linked to caffeine-induced insomnia.

However, there are other studies indicating caffeine can prevent depression and lower the risk of suicide.

There is evidence supporting how much caffeine may reduce a woman’s fertility by up to 27 percent by weakening the muscles in the fallopian tubes.

Blood sugar levels seem to rise after caffeine consumption. This may be problematic for people with diabetes. However, there is also evidence that a cup of coffee each day for four years slightly decreases your risk of type 2 diabetes in the first place.

Some people go through caffeine addiction, though it’s not a crippling addiction. Caffeine withdrawal may include headaches, drowsiness, and irritability. You may have to adjust how much caffeine you consume on a daily basis so that you don’t experience withdrawal symptoms if the coffee machine breaks.

There may be some benefits to quitting caffeine. Each person is unique. Check with your health care provider before taking caffeine pills or supplements, or upping your dietary caffeine.